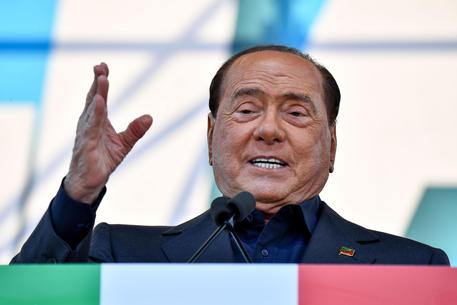 (ANSA) - Palermo, November 11 - Ex-premier Silvio Berlusconi used the right to remain silent at a hearing in Palermo on Monday after being called as a witness in a trial into alleged negotiations between the State and the Sicilian Mafia. The media billionaire and Forza Italia leader also refused to authorize his appearance in the courtroom being filmed or photographed.
Berlusconi's jailed former aide Marcello Dell'Utri is a defendant in a trial into alleged negotiations between the State and Cosa Nostra in the early 1990s to stop a Mafia bombing campaign.
The former three-time premier and media mogul was an "assisted witness", meaning he could remain silent but if he chose to talk, he had to tell the truth.
Berlusconi is being investigated by Florence prosecutors in relation to a series of Mafia bombings in 1993, it emerged in September.
The news came out after Berlusconi's lawyers presented documentation to a court after the media magnate was called to testify in the State-mafia talks trial.
Two previous probes into Berlusconi and the bombings were shelved.
The ex-premier's lawyers, Franco Coppi and Nicolo' Ghedini, said in a statement that the fact Berlusconi was named as being under investigation was a formality, adding they were confident this probe would be closed too.
From May to August 1993, five car bomb attacks in Rome, Florence and Milan killed ten people and injured dozens.
In addition to the Uffizi, the targets were two venerable Roman churches - San Giovanni in Laterano and San Giorgio in Velabro - and a modern art gallery in Milan.
A powerful bomb also exploded near the home of a television talk show host, Maurizio Costanzo, a vocal Mafia opponent.
Costanzo escaped unharmed.
The previous year, 1992, Cosa Nostra bombs killed anti-mafia prosecutors Giovanni Falcone and Paolo Borsellino.