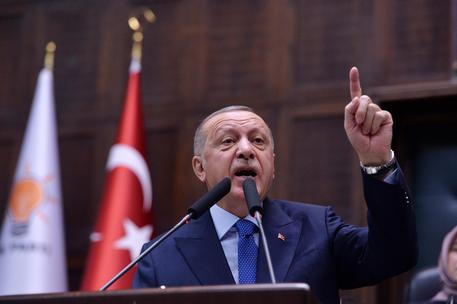 (ANSA) - Rome, October 17 - Premier Giuseppe Conte had a telephone conversation with Turkish President Recep Tayyip Erdogan in which he said Ankara's offensive against Kurdish forces in Syria was unacceptable, government sources said on Thursday. "There was no lack of moments of major tension given the firm, reiterated call by Premier Conte to stop this military initiative, which had has negative effects on the civilian population," the sources said about the call, which lasted over an hour.