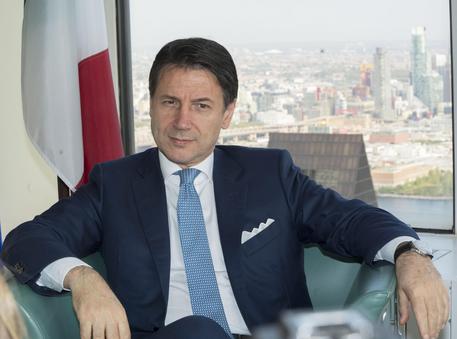 (ANSA) - New York, September 24 - Premier Giuseppe Conte has hailed the agreement Interior Minister Luciana Lamorgese reached with other EU countries on Monday on sharing the burden of the migrants who arrive by sea from North Africa.
"It is not yet the final solution but it is certainly a turning point, a significant step forward," Conte told ANSA in New York, where he is taking part in the UN General Assembly.
The four-point agreement was reached by Italy, Malta, France, and Germany with representatives of the Finnish EU presidency and EU Commission at a summit held on Malta. The agreement will next be put to other EU countries.
Lamorgese said one of the points was the "voluntary rotation" of the ports used to disembark migrants.
Conte said that his government's new approach was delivering results that previously were "unthinkable".
When League leader Matteo Salvini was in charge of the interior ministry, Italy adopted a tough line of refusing access to its ports to NGO-run migrant-rescue ships and it clashed several times with other EU countries over this issue.
But the Premier Giuseppe Conte's new executive, formed by an alliance of the 5-Star Movement and the Democratic Party after Salvini pulled the plug on the first Conte administration last month, has dropped that policy.