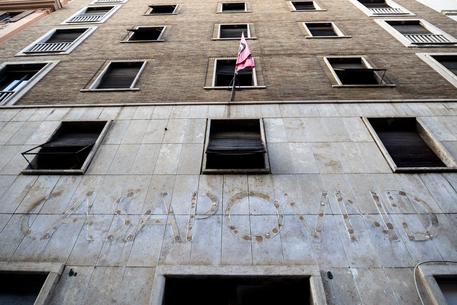 (ANSA) - Rome, September 9 - The Facebook and Instagram accounts of far-right groups CasaPound and Forza Nuova (FN) were blocked on Monday.
The official profiles of the movements are no longer accessible, as well as those of many national, local and provincial chiefs including candidates elected in many Italian cities.
Twitter profiles are still accessible, on the other hand.
CasaPound is a far-right movement based in Rome which has neo-Fascist sympathies. FN like CasaPound has frequently gained headlines for apology of Fascism.
"This is an unprecedented attack. We are disgusted," said CasaPound President Gianluca Iannone.
"It is a situation that reflects the current situation of the government of (clinging to) posts.
"We will file an urgent class action law suit against an act of disgraceful prevarication".
A Facebook spokesman told ANSA that "persons or organisations that spread hatred or attack others on the basis of who they are will not have a place on Facebook and Instagram".
He said "the accounts which we removed today violate this policy and will not be able to be present on Facebook or Instagram".
It is not the first time that Facebook has taken such action against CasaPound.
In April, shortly before the European elections, the profiles of some CasaPound exponents were blocked for the same reasons. Both Casapound and FN accused the two social media platforms of "quashing freedom of thought".