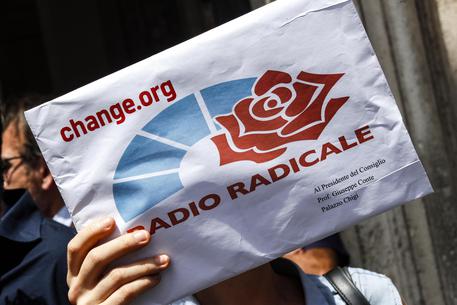 (ANSA) - Rome, June 13 - The ruling majority split in dramatic fashion on Thursday over measure designed to save Radio Radicale. The measure presented by the opposition, centre-left Democratic Party (PD) regarding funding of three million euros for 2019 for the radio station, which risked going to the wall after the government ended its contract for the coverage of parliamentary debates. The text was changed on the basis of a proposal by Deputy Premier Matteo Salvini's League party.
Deputy Economy Minister Laura Castelli, a member of the 5-Star Movement (M5S), said the government was still giving the thumbs down. But the League and all the other parties in the Lower House's budget and finance committee, except for the M5S, voted for it.
The M5S said Radio Radicale was getting an "unjustified money shower". "We think this is an extremely serious act that the League must respond to the citizens about," Deputy Premier and M5S leader Di Maio said on Facebook.
"I'll be frank - they must explain why they supported this indecent PD proposal.
"It's a private radio station that plays host to journalists with staggering salaries of up to 100,000 euros a year - paid with your and our money".