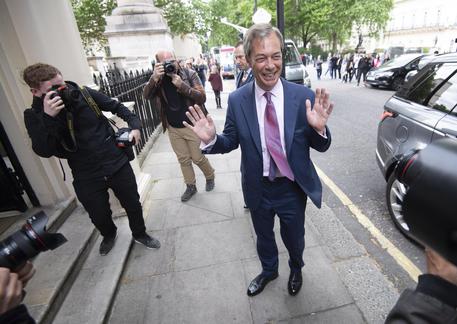 (ANSA) - London, June 7 - Brexit Party leader Nigel Farage said Friday he was "more centrist" than Italy's far-right nationalist League party leader Matteo Salvini and felt "closer" to the League's government partner, the anti-establishment 5-Star Movement (M5S).
Farage said he had decided not to join the far-right nationalist European Parliament caucus including the anti-migrant Euroskeptic League "because we are more centrist".
Speaking to to SkyTg 24, Farage said he did not feel "any contempt" for the League's caucus.
He said Salvini was a "very effective leader".
The European parties, however, he said, were "all different".
The Brexit Party, the former UKIP leader said, gathered "both former Conservatives and former Labourites".
He said it was therefore "perhaps closer to the M5S, although they are clearly centre-left"."