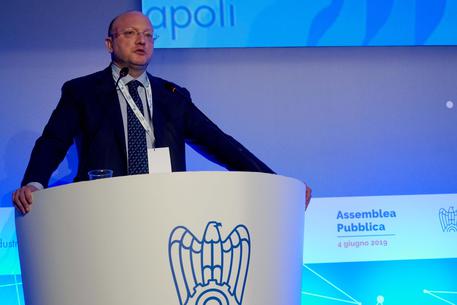 (ANSA) - Milan, June 7 - Vincenzo Boccia, the president of Italian industrial confederation Confindustria, said Friday that he agreed with European Central Bank President Mario Draghi's criticism of the idea of issuing 'minibot' State bonds to pay debts the Italian public sector has with private suppliers.
On Thursday Draghi said minibots would either be a parallel currency, in which case they would be illegal, or they would simply add to the nation's public debt.
"We are on the same wavelength as Draghi about the minibots because it would just mean (more) public debt," Boccia said. "The problem is that we cannot create more public debt, unless we do it for investments within the rationale of eurobonds, which would be agreed upon with other countries".
A motion on the creation of minibots has been unanimously approved by the Lower House, although the opposition, centre-left Democratic Party has since withdrawn its support. On Thursday Moody's said the issue of minibots would be "a first step towards the creation of a parallel currency and preparation for Italy's exit from the eurozone".