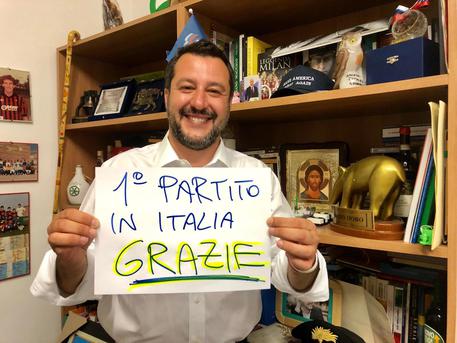 (ANSA) - Rome, May 27 - Deputy Premier and Interior Minister Matteo Salvini said Monday that he was in favour of a holding meeting of senior government figures after the European elections. Salvini's League won over 34% of the vote, approximately twice as much as its coalition partner, the 5-Star Movement (M5S). "Yes, I'm here today, tomorrow, the day after," Salvini told a press conference when asked about a possible meeting of government bigwigs. Salvini added that he hopes the cabinet will approve a new security decree he has drafted that is designed to build on the security-and-migration package that was passed last year. "I hope a cabinet meeting will be called this week. The new security decree is ready," he said.
"The sooner it's approved, the better".