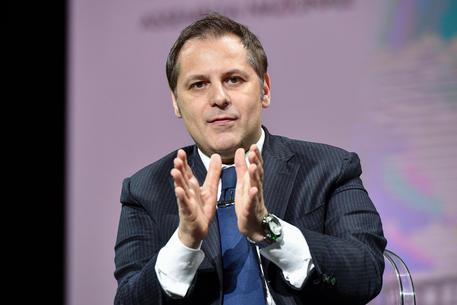 (ANSA) - Rome, April 18 - League Transport and Infrastructure Undersecretary Armando Siri has been placed under investigation in a Palermo corruption probe, Rome prosecutors said Thursday.
According to prosecutors, Siri allegedly received money to modify a norm to be inserted into the 2018 DEF economic blueprint which would have favoured funding for firms operating in the renewable energy sector.
The norm was never approved.
Siri said "I have no idea, I don't know what it's about. I must first read and understand. I have read names I don't know.
I certainly am not involved with affairs that can have criminal effects. I have always behaved respecting the laws. I am tranquil".
The leader of the League's government partner, 5-Star Movement (M5S) chief Luigi Di Maio, called for Siri to quit "for ethical and political reasons".
But League leader Matteo Salvini said "I have full confidence in Siri.
"It is absurd. I know him, I esteem him, I have no doubt, and in any case we're speaking of something that didn''t end up in the DEF".
Salvini added that he had never demanded the resignation of an M5S member when they were placed under investigation.