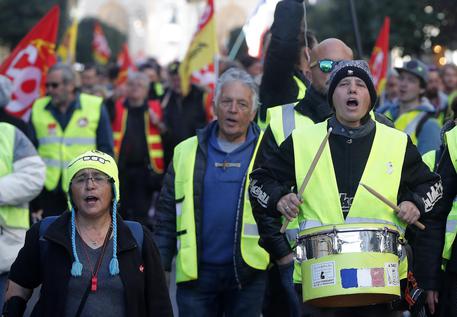 (ANSA) - Rome, February 5 - Deputy Premier Luigi Di Maio's press office said Tuesday Di Maio and his 5-Star Movement (M5S) No.2 Alessandro Di Battista had met with one of the leaders of the Yellow Jackets, Christof Chalencon, on the outskirts of Paris.
"There are many common positions and values that focus on the battles for citizens, social rights, direct democracy and the environment," the press office said.
Di Maio has previously voiced the hope of an alliance with the Yellow Jackets ahead of the May European elections.
Chalencon, spokesman of the Yellow Jackets list led by Ingrid Levavasseur, told ANSA Tuesday he and Di Maio and Di Battista "practically agree on everything" after their meeting at the Hotel de France at Montargis, in the Parisian hinterland.
"We're not talking of alliances yet but certainly of dialogue," he said.
He said there would be another meeting next week in Rome between Di Maio and Levavasseur, with him present.