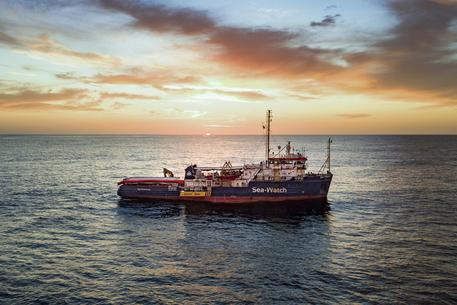 (ANSA) - Rome, January 25 - Deputy Premier and Labour and Industry Minister Luigi Di Maio said Friday that he thinks the Dutch ambassador to Italy should be summoned over the case of a ship run by the Sea-Watch NGO with 47 rescued asylum seekers aboard. The vessel has been allowed to enter Italian territorial waters due to bad weather, Italian coast guard sources said Friday. "The Sea-Watch 3 ship will have medical and sanitary support from the Italian government if necessary but I invite it to point the bow towards Marseilles," 5-Star Movement (M5S) leader Di Maio said via Facebook.
"As you can see in the photos, this ship is flying the Dutch flag and it is now a few kilometres from the Italian coast.
"For this reason, I consider it opportune to immediately call the Dutch ambassador and ask him what his government's intentions are". Deputy Premier and Interior Minister Matteo Salvini on Thursday said the decision by a ship to head towards Italy was an "umpteenth provocation". On Friday he reiterated that the government's stance of refusing access to NGO-run migrant rescue ships to Italian ports was not changing. "I can't wait to have them arrive, safe and sound, in another European country," Salvini said.
"There's no space (for them) in Italy". On Friday Transport Minister Danilo Toninelli said the Netherlands should receive the migrants as the ship is flying the Dutch flag.