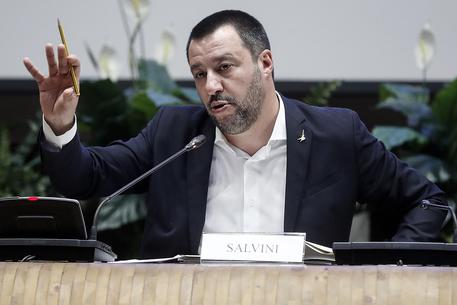 (ANSA) - Ancona, January 8 - The Marche regional government has become the latest Italian region to mull an appeal to the Constitutional Court against the government's security-migrant decree that allegedly strips asylum seekers of basic rights.
Five regions are already appealing against the decree.
Umbria and Piedmont on Monday joined Tuscany, Emilia-Romagna and Calabria in filing suits to the Constitutional Court to see if the decree complies with Italy's founding charter, while Lazio said it was considering the move.
The legal move comes after some leftwing mayors rebelled against the decree, including Naples' Luigi de Magistris and Palermo's Leoluca Orlando, who said his local authority would not apply it.
The decree was drafted by Interior Minister and Deputy Premier Salvini, who has said it will create order in the management of asylum seekers and boost security.
He also said only migrants who commit crimes will be penalised but opponents have denied this.
Critics say it unfairly strips some migrants of access to healthcare and other local services and will see thousands of people ejected from the legal reception system, creating potential criminals.