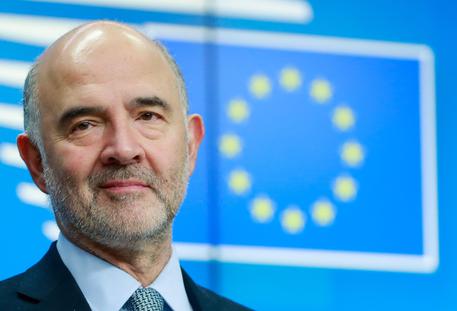 (ANSA) - Brussels, December 4 - European Economic Affairs Commissioner Pierre Moscovici on Tuesday welcomed what he described as a change of approach from Italy in talks over Rome's budget plan for 2019. "Dialogue with Italy is ongoing, it is becoming more intense," Moscovici said. "We can see a different tone, a different way to cooperate and we can see that Italy is willing to listen to our point of view to resolve the problems. "It is a step that we welcome and the investors feel the same way.
"Now dialogue has truly started on both the method and the substance.
"(At the G20 summit) in Buenos Aires, we had positive talks with (Premier Giuseppe) Conte and (Economy Minister Giovanni) Tria and we decided to continue... and we gave our teams the mandate to work in that direction". The Commission has rejected Rome's budget plan for 2019, which sees Italy running a deficit of 2.4% of GDP next year, saying it breaks EU rules. Conte's 5-Star Movement-League executive has said an expansive budget is needed to finance key pledges and boost sluggish growth. After initially ruling out make substantial changes to the package, the government has recently indicated it could amend it, amid reports it could be willing to bring the deficit down to around the 2% mark.
Moscovici said the Commission has "taken note" of Italy's intention to reduce the deficit.
"We are waiting for further details... because there must be a credible, concrete commitment within the framework of the rules," he said.