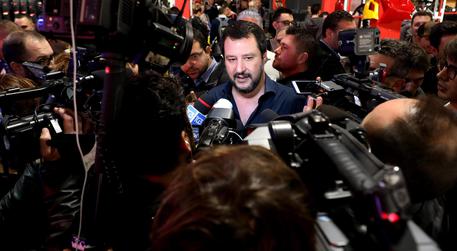 (ANSA) - Milan, November 11 - Deputy Premier and Interior Minister Matteo Salvini said Sunday that Italy could hinder European Union activities in protest at being 'jerked around' over the handling of migrants. "We have shown that we know how to defend our borders and, in the eventual case it is necessary, we will also show that we can block European budgets and activities as long as Europe and some individual countries jerk the Italian people around," Salvini said. On Saturday Salvini, who has spearheaded Italy's tough stance on asylum seekers that has seen migrant-rescue ships denied access to the nation's ports, accused Malta of giving petrol and a compass to a boat with migrants on board and directing them towards the island of Lampedusa. He said that this was "another hostile act" after allegations French officials crossed the Italian border to drop off migrants on the other side.