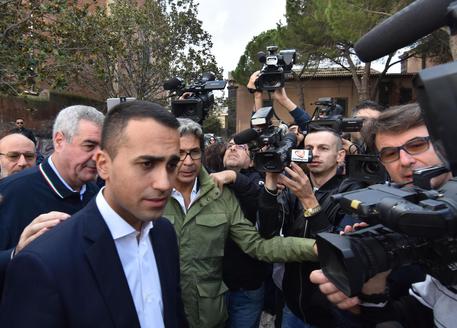 (ANSA) - Rome, October 29 - Deputy Premier and Labour and Industry Luigi Di Maio on Monday called on his 5-Star Movement to stay united, saying Italy's future depended on it. "We are under attack. It's true," Di Maio said. "But we are sitting on the right side of history and, if we advance united together, the victory in this battle will be ours. "But we have to be united. Very united". The M5S has come under fire, including from within its own ranks, after the government announced it would not halt the construction of the Trans Adriatic Pipeline (TAP) in Puglia.
The M5S had pledged to halt the project, citing the impact on the local environment.
But the government has said it cannot be stopped because penalties of many billions of euros would be incurred if it were halted.
At the weekend protestors against the TAP project burned M5S flags at San Foca di Melendugno.
Di Maio said Monday that the State would have to pay out compensation of "over 20 billion" euros if the government stopped the TAP. "We battled against this project," the M5S leader added.
"If we had got into power in 2013, this project would not have happened. "But we got in in 2018, after the (centre-left Democratic Party) PD and the previous governments reached international accords and signed agreements with the TAP. "Telling the citizens the truth does not mean we have changed out minds on what we said in the election campaign. "Those who came before put protection around this project, which is not strategic and could have been avoided".