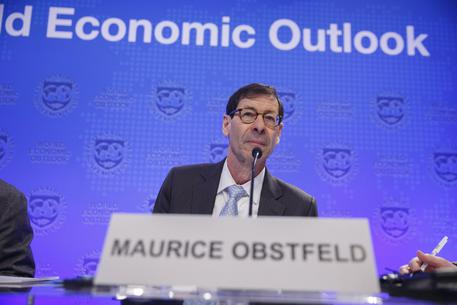 (ANSA) - Rome, October 9 - Italy is still the bottom of class in the eurozone for growth, the IMF said on Tuesday, even though the fund revised down its GDP forecasts for France and Germany. The IMF said it expects Italy's GDP to rise 1.2% this year and 1% in 2019, down from 1.5% in 2017. The figures are the same as the IMF gave for Italy in July, when it revised down its previous forecasts by 0.3 of a point for this year and 0.1 for next due to the deterioration of external demand and uncertainty about the new government's agenda. "The recent difficulties in forming a government in Italy and the possibility of a reversal of the reforms and the implementation of policies that could damage the sustainability of the debt has sparked an increase in the (bond) spreads," the IMF said in its new World Economic Outlook. The IMF also called on the new government to keep the labour-market and pension reforms passed by centre-left-led governments in recent years.