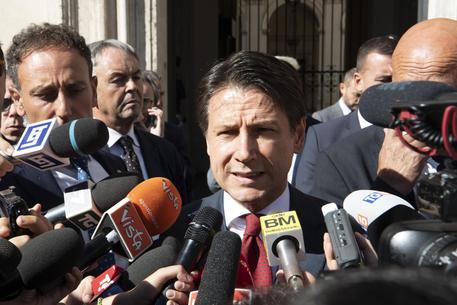 (ANSA) - Rome, October 2 - Premier Giuseppe Conte said Tuesday that his government has no intention of dropping the euro as Italy's currency.
"Italy is a founder member of the European Union and of the monetary union and I want to reiterate that," Conte said on Facebook. "The euro is our currency and it is indispensable for us.
"Any other statement that gives another assessment should be considered a free, arbitrary opinion that has nothing to do with the policy of the government I preside over, because it is not contemplated in the contract that is fundamental to this government experience". Earlier on Tuesday Claudio Borghi, the president of the Lower House's budget committee, said he thought Italy would be better off if it had its own currency. "I'm totally convinced that Italy would resolve most of its problems with its own currency," Borghi, a member of Deputy Premier and Interior Minister Matteo Salvini's League party, told RAI radio. "Having control of one's own means in monetary policy is a necessary condition - although not sufficient - to carry out the ambitious and enormous project of renewal. "But it is necessary to have the awareness and agreement of the citizens to be able to take this step. "If we had objectively wanted to clash with the European Union to get this outcome, we would have declared a 3.1% deficit, not a 2.4% one. "In reality, we simply want to carry out the policies that, at the moment, are the minimum necessary to enable the economy to be a little better".