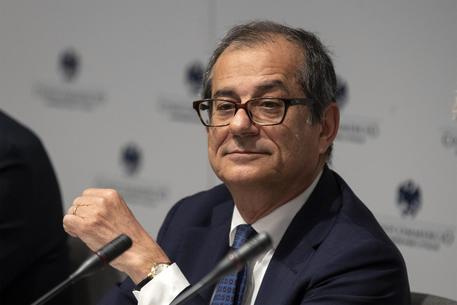 (ANSA) - Rome, September 26 - The ruling anti-establishment 5-Star Movement (M5S) is seeking agreement with its government partner the League to persuade Economy Minister Giovanni Tria to raise the deficit-to-GDP ratio in the next budget to 2.4% in the update note to the DEF economic blueprint, sources said Wednesday.
They said a government summit may take place Thursday afternoon in Rome.
Tria pledged earlier on Wednesday that the government's 2019 budget law will stoke growth without sparking alarms about the management of Italy's public debt of over two trillion euros, while Deputy Premier Luigi Di Maio, the M5S leader, said a new budget summit was needed because there was still "a lot of work to be done". "It will be a budget of growth, not of austerity, but also one that does not create doubts about the sustainability of our debt," Tria told retailers association Confcommercio. "We have to give a sign to the financial markets, to those who lend us money.
"We should be careful because sometimes if you ask for too much, then you have to pay higher interest rates, and what you gain, you lose in interest".
He added that businesses will get tax cuts from the 5-Star Movement-League government first, saying that "we'll address the problem of (income tax) IRPEF in the coming years".
Tria is reportedly under pressure from the M5S to allow Italy's budget deficit to rise to finance the key elements of the government's programme - a basic income, a pension overhaul that would bring down the retirement age and a flat tax. "I swore that I would work in the exclusive interest of the nation, and not of others, and I was not the only one," Tria said.
"Naturally everyone has their own vision. But, as they say, in science and in your conscience you have to try to interpret your role properly.
"Despite what the newspapers say, I'm optimistic about doing my best".
There is "strong resistance" on Tria's part to including an overhaul of the 2011 Fornero pension reform in the budget bill, M5S sources said Wednesday, saying the M5S is insisting on its inclusion. The sources said Deputy Premier and M5S leader Luigi Di Maio, the labour and industry minister, had stressed the Fornero overhaul, as well as a basic income, should be in the budget bill at a summit with M5S ministers Tuesday.
Tria is resisting pressure to let the budget deficit exceed 2% of GDP. A fresh government summit is needed to iron out differences on the 2019 budget bill, Deputy Premier and Labour and Industry Minister Di Maio, the M5S leader, said Wednesday.
Asked about the prospect, he said "that is sure, there's still a lot of work to do".
He did not say when a cabinet meeting might be called.
The government is set to approve an update to the DEF economic and financial blueprint, but there are various views on how to include all three flagship measures: a basic income, flat tax and pension overhaul.