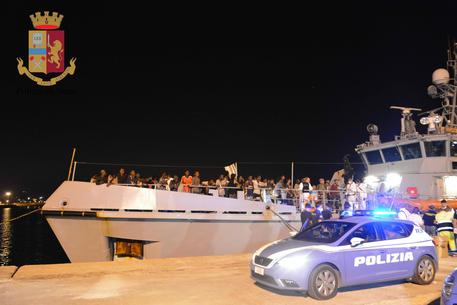 (ANSA) - Brussels, July 19 - Italy's EU partners on Thursday voiced "strong concern" about Italy's stance on revising the Sophia mission's rules on migrant landings.
They said they were concerned by Rome's decision, announced at the COPS on Wednesday, to no longer accept the "automatic" landing of migrants in its ports of those saved by the Eunavfor Med's Sophia op.
The worries were expressed in the conclusions of the COPS meeting in Brussels.
The partners, however, said they were ready to go into the question in greater detail at a meeting Friday.
The COPS, whose English acronym is PSC, is the EU's Political and Security Committee.
It is a permanent body within the European Union dealing with Common Foreign and Security Policy issues, including Common Security and Defence Policy.
photo: Eunavfor Med chief Enrico Credendino