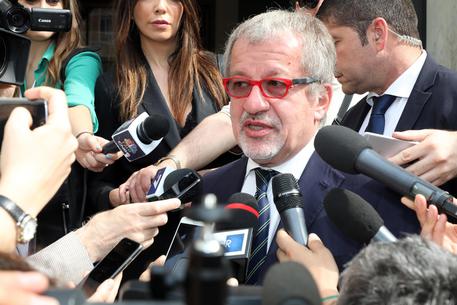 (ANSA) - Milan, June 18 - A Milan court on Monday handed former Lombardy governor and former interior minister Roberto Maroni a suspended one-year prison term.
Maroni was also fined 450 euros over alleged pressure to obtain payment for a trip to Tokyo and a job contract respectively for two people who worked for him when he was at the interior ministry, Maria Grazia Paturzo and Mara Carluccio. Maroni was convicted of disturbing the freedom of choice of contracting parties.
Defence lawyer Domenico Aiello said the former governor was relieved as he had been cleared of the felony of undue inducement to give or promise benefits, which he said was "one of the most serious crimes" a politician can be charged with.
"I have been acquitted and convicted at the same time for something I never did," Maroni said.
"I'm a disappointed but not discouraged.
"I reiterate that i had nothing to do with any wrongdoing and that is precisely the reason that I am certain I will be completely acquitted on appeal".