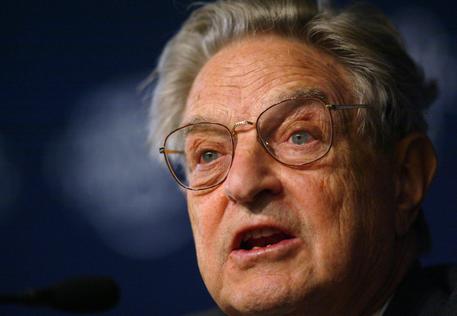 (ANSA) - Rome, June 4 - League leader Matteo Salvini on Monday rejected George Soros's suggestion the anti-migrant and Euroskeptic party might be funded by Vladimir Putin.
Salvini said on RTL radio he had a high opinion of the Russian president "free of charge" and dismissed the billionaire philanthropist and liberal open-society advocate as a "speculator who 20 years ago caused one of the biggest Italian economic disasters," when the lira was forced out of the European exchange rate mechanism (ERM) along with the pound.
"I have already sued people who said Russia was paying me," said deputy premier and Interior Minister Salvini, adding that "I've never had a lira from Russia, or a matrioska, or a fur hat." "There is a relationship of esteem with Putin, I believe he has done a lot for his people and with interventions against Islamist terrorism like the intervention in Syria: and I say that gratis, because I think so.