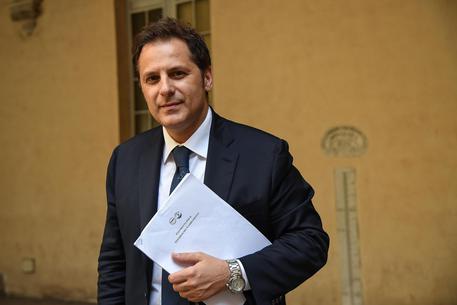 (ANSA) - Rome, June 4 - League Senator Armando Siri said Monday that the government's proposed flat tax - in fact a dual tax with rates of 15% and 20% - will be introduced for both households and businesses next year. Earlier on Monday his party colleague, MP and economist Alberto Bagnai, suggested the flat tax would probably be applied to businesses starting next year and households the year after.
Bagnai, a touted economy undersecretary, said there "seemed to be a deal" on this with the other government partner, the anti-establishment 5-Star Movement.
"It is not true that the flat tax will only be in force for businesses from next year, it will be for families too," Siri told Affaritaliani.it.
"Then it will be fully in force in 2020.
"You have to start in steps. The system is different because the flat tax already exists for business and we are extending it to sole-proprietor companies and those (self-employed) with VAT codes etc.
"It's a historic reform because five million operators are set to get what today is only for 800,000 companies".
Siri, also an economist, is also being touted as a possible economy undersecretary.