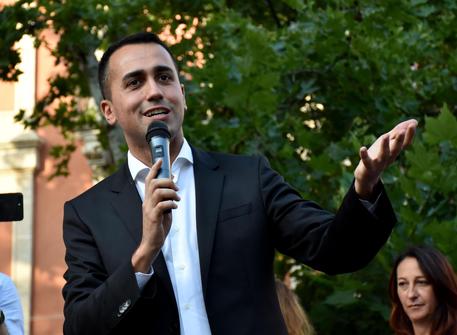 (ANSA) - Ragusa, June 4 - Deputy Premier Luigi Di Maio has confirmed that the introduction of a basic income and a pension overhaul featuring the scrapping of 2011 Fornero reform will be priorities for the new 5-Star Movement/League government.
The M5S leader added that the executive intends to raise the revenue to finance the measures in the government programme, which experts have said could costs tens of billions of euros, via negotiations with the European Union.
"We want to do many things, from the citizenship (basic) income to the abolition of the Fornero law," said Di Maio, the labour and industry minister in the new government, during a visit to Sicily on Sunday ahead of local elections there. "We'll get the money for these measures by going to European talks.
"We'll get it there because we have the men (needed) to be treated on the same terms as the other European countries". He also said that the new government will abolish the centre-left's Jobs Act labour reform "at once" because this has "made work precarious".
"Work is necessary for everyone and it must be dignified. You cannot have starvation salaries," he said.