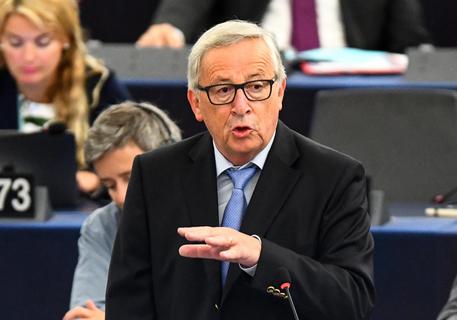 (ANSA) - Rome, May 31 - A storm erupted Thursday after European Commission President Jean-Claude Juncker was quoted by the Guardian as saying Italians were lazy and corrupt.
Juncker was quoted by the British daily as saying that Italians should "work harder and be less corrupt" - a quote an EC spokesman said was "taken out of context".
Nonetheless, European Parliament President Antonio Tajani urged Juncker to immediately deny the words attributed to him.
The anti-establishment 5-Star Movement, one of Italy's two new government partners, urged Juncker to deny the quote.
The ehad of the other government partner, League leader and interior minister in waiting Matteo Salvini condemned the alleged quote.
"Italians corrupt and lazy?," Salvini said on Facebook. "Shameful and racist words, with the next government we will see we get the rights and dignity of 60 million Italians respected, who expect collaboration and not insults from Europe".
A European Commission spokeswoman told ANSA Juncker did not "to her knowledge" tell the Guardian that Italians should work harder and be less corrupt. She said "the words attributed to Juncker were taken out of context". She said "in a question-and-answer session Juncker referred to the structural problems of the regions of southern Italy, where the EU has done a lot to mobilise funds to create growth and jobs. "The take-up of EU funds can be improved so that people can see the results in the field more quickly".