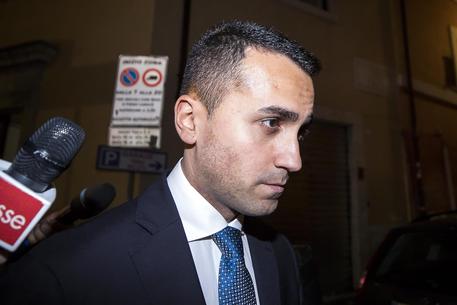 (ANSA) - Rome, May 28 - Anti-establishment 5-Star Movement (M5S) leader Luigi Di Maio on Monday called for mass mobilisation in support of the party's announced bid to impeach President Sergio Mattarella for allegedly sinking an M5S-League government bid.
"I call citizens to mobilise, make yourselves heard, it's important that you do it right now. We will organise peaceful and symbolic demonstrations", Di Maio said, urging "everyone" to come to Rome for a big demo on June 2, national Republic Day.
He said he had draped the Italian tricolour from M5S office windows and urged militants to do the same, against Mattarella's alleged flouting of the democratic will in rejecting anti-euro economist Paolo Savona as economy minister and sinking the M5S-League government bid.
Speaking after talks with anti-migrant Euroskeptic League leader Matteo Salvini, Di Maio said that "we ask to go to the vote as soon as possible". Asked if that might mean August, he reiterated "as soon as possible".
Meanwhile, he said, "we are working to get the parliamentary committees started and start to realise the government contract by the parliament. "Until we go to the vote the parliament has only one majority, M5S-League, and a government contract to be realised".
An impeachment request for President Mattarella will be presented "as soon as possible" after his "outright interference" in rejecting Euroskeptic economist Paolo Savona as economy minister in a potential League-M5S government, M5S bigwig Manlio Di Stefano said. "We are meeting to decide (this)", he said, saying the request would be presented as soon as it as "technically" possible.
Mattarella's rejection of anti-euro Savona, citing the risk of financial turmoil hitting Italians' savings, stymied the bid to create a League-M5S government since Salvini and Di Maio refused to put forward an alternative candidate.