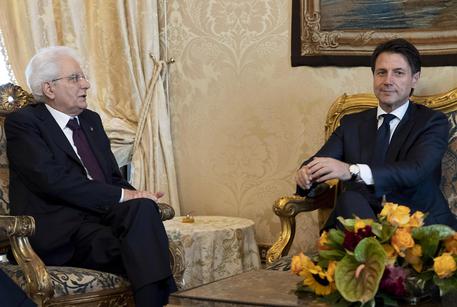 (ANSA) - Rome, May 27 - Senior 5-Star Movement (M5S) members believe the effort to form an coalition government with the League risks collapsing after President Sergio Mattarella reportedly vetoed the nomination of Paolo Savona as economy minister, M5S sources said Sunday. "In that case, we'll have new elections," the sources said. Premier delegate Giuseppe Conte was meeting Mattarella at the Quirinal Palace on Sunday on the possible formation of a coalition government backed by the M5S and the League to end the long deadlock that ensued after Italy's March 4 general election. The formation of the new executive, which would be headed by law professor and political novice Conte, has apparently been held up by League leader Matteo Salvini's insistence that economist Savona, a former industry minister who has expressed Euroskeptic positions in the past, should be in the cabinet.
Senior members of the M5S are angry about developments, the sources said. The sources said that it is the "biggest fake new in history" that Savona has called for Italy to quit the euro. "I want a different Europe, one that is stronger but fairer," Savona said in a statement on Sunday.
"Wild controversy has been made out of my ideas. I believe in European political union".