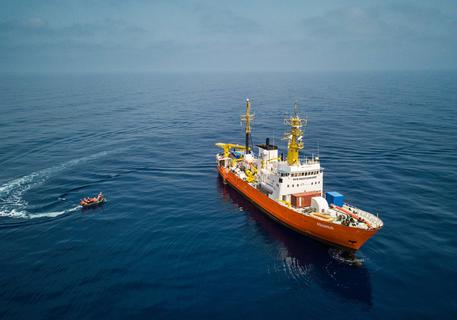 (ANSAmed) - BRUSSELS, MAY 8 - A spokeswoman for the European Commission on Tuesday said a tug-of-war between Italian and British authorities on the transfer of migrants from the ship operated by NGO Proactiva Open Arms to the Sos Mediterranee vessel was "deplorable".
"The priority is to help migrants", the spokesperson said.
"It is with this spirit that we launch an appeal, both to Italian and British authorities, for a quick solution so that migrants can land safely as soon as possible".
"European ships, including Italian ones, act in the full respect of international law and according to the principle of non-rejections: they never take migrants back to Libya or third countries", said Natasha Bertaud, a spokeswoman for the European Commission to those asking about the activity carried out by Libyan coast guards. "Each maritime center has the obligation of coordinating rescue operations according to international conventions and, according to our information, this is what Italy is doing".