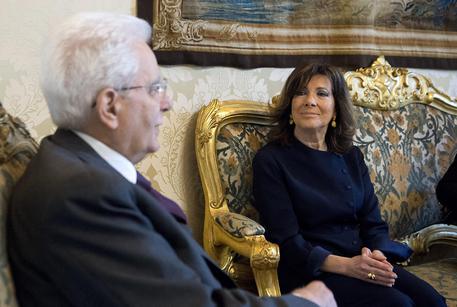 (ANSA) - Rome, April 18 - President Sergio Mattarella is expected to give Senate Speaker Elisabetta Alberti Casellati an exploratory mandate to seek ways to end Italy's post-election political deadlock after calling her to his office on Wednesday.
Italy does not look close to having a new government a month and a half after its inconclusive election on March 4.
Last week Mattarella said the political parties had not made significant progress towards the formation of a new government after a second round of formal political consultations. The anti-establishment 5-Star Movement (M5S), the biggest single party in the new parliament, is refusing to do a deal with the centre right, the biggest coalition. The M5S has called on the anti-migrant, Euroskeptic League, the lead party in the centre right, to drop its ally, Silvio Berlusconi's Forza Italia, to make a deal possible, but so far it has refused. The centre-left Democratic Party (PD), which has led the last three Italian governments, has said it will be in the opposition after it slumped to its worst-ever showing in last month's vote.
Casellati is a FI member.