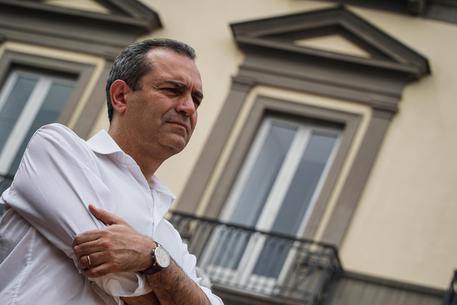 (ANSA) - Naples, April 16 - Naples Mayor Luigi de Magistris has complained about the fact that a United States nuclear submarine, the USS John Warner, entered the city's radar on March 20, saying this breaches a 2015 council order declaring it a "denuclearised zone".
The Air Source Military YouTube channel published a video of the launch of a Tomahawk missile reportedly from the John Warner as part of the US attack on Syria.
De Magistris sent a letter last week to Rear Admiral Arturo Faraone, noting that the latter had given clearance for the submarine to travel in the area.
It called on him, in future, to bear in mind the order that aims to prevent the presence of "any nuclear-propelled vessel or one that contains nuclear weapons". "Our administration is not against anyone but it is in favour of policies of peace, disarmament and international cooperation," de Magistris told ANSA.
"It is in favour of diplomacy so that international institutions like the US are the lead players in moments of crisis.
"The fact that it is the same submarine (involved in the Syria attack) further reinforces the rightness of the order with which we said ships of nuclear propulsion or carrying nuclear weapons are not welcome in the port of Naples and, therefore, they are not allowed to transit or stay.