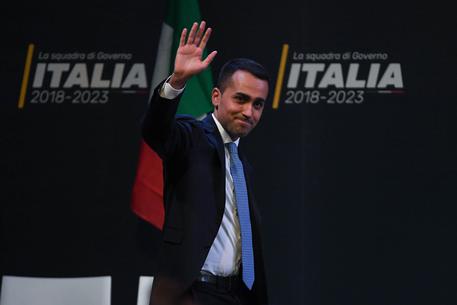 (ANSA) - Rome, March 2 - The premier candidate for the 5-Star Movement (M5S) party, Luigi Di Maio, said Friday that Italy's exit from the eurozone was not being considered by the anti-establishment group.
"As our candidate for economy and finance minister, Professor Andrea Roventini, said yesterday, an exit from the euro is not under discussion, much less leaving the European Union," he told an Italian radio station.
"We want to remain in the EU's Economic and Monetary Union, but we want to discuss again a series of treaties linked to deficit-GDP. "And we are not the only ones discussing these issues: (German Chancellor Angela) Merkel and (French president Emmanuel) Macron are too. "But they want a model that, in our opinion, penalizes us," he added.
"But I do not think we should go there to argue. First of all, we must go there. I don't know if you know this but the German parliament has 45 officials in Brussels, while the Italian parliament has two and one will retire this year," he said. "If I present a team first, it is because I want to take it to the government. This one, with respect for the president's prerogatives, is the only one to be voted on my Italians and thus it will be the only legitimate one after the vote. And untouchable," Di Maio added.
"I would like to add, to the parties," he said, "that we are talking about issues and not about seats."