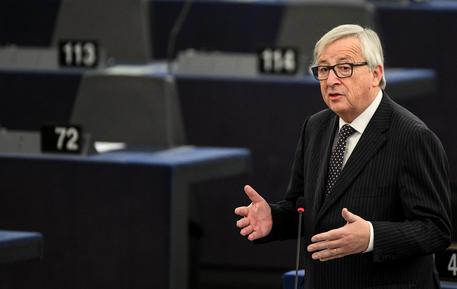 (ANSA) - Brussels, February 7 - The European Commission said in its interim winter forecasts on Wednesday that it expects the Italian economy to grow 1.5% this year, up from the 1.3% it predicted in November. The Commission added, however, that Italy's growth prospects are "moderate". "Although Italy's recovery is set to become more self-sustained, its growth prospects remain moderate, given the Italian economy's limited growth potential," the report said.
"Domestic downside risks largely relate to the still fragile state of the Italian banking sector, while there is an upside risk that the recovery could strengthen more than envisaged, at least in the near term".
The Commission said its forecasts were based on "the no-policy-change assumption that Italy continues to implement already adopted growth-friendly reforms and pursues prudent fiscal policies".
The Italian Treasury said the EU Commission had "renewed its confidence in the state of health" of the Italian economy and stressed that the new growth forecast was the same as that envisaged by an update of the Economic and Financial Document (DEF) in September.
Italy will hold a general election on March 4.