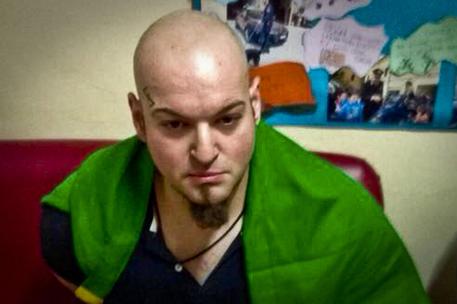 (ANSA) - Rome, February 5 - Centre-right leader Silvio Berlusconi called for the expulsion of thousands of migrants after a racist sooting that shocked Italy at the weekend.
Luca Troili, a 28-year-old militant for the anti-migrant league, shot and wounded six migrants in a drive-by shooting spree in the Marche city Macerata days after the discovery there of the body of an 18-year-old Italian woman allegedly killed and dismembered by a Nigerian immigrant.
"600,000 migrants are a social bomb that risks exploding," said Berlusconi, echoing League leader Matteo Salvini who said "those who fill us with migrants instigate violence" like Troili's.
Salvini's critics have accused him with his incessant anti-migrant invective of "morally arming" Troili, who is now being held in the same jail as Innocent Oseghale, the alleged drug pusher who allegedly killed recovering drug addict Pamela Mastropietro before stuffing her hacked-up body into two suitcases and dumping them near Macerata.