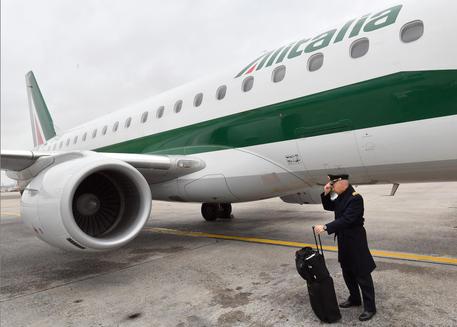 (ANSA) - Paris, January 19 - Alitalia and Air France representatives had a "very cordial" first meeting over a possible takeover of the troubled Italian airline on Thursday afternoon, French sources told ANSA Friday. In the meeting, sponsored by Italian Ambassador Giandomenico Magliano, it was decided to give Air France access to Alitalia's data room "so that it may have access to information it did not previously have" on the Italian airline.
On the basis of the acquisition of new data, sources said, technical teams from both sides will meet shortly to discuss various aspects of the talks. It was recently reported that Air France had decided to view with Lufthansa for Italy's ailing former national carrier Alitalia - but Air France denied the report.
Air-France-KLM was reportedly ready to put in a rival bid for the troubled Italian airline, alongside EasyJet, sources said.
Air France, again, denied this report.
The US Cerberus Fund is believed to be the third contender to take over Alitalia.
Alitalia's government-appointed commissioners met representatives of the US Cerberus investment fund in New York last Friday.
Lufthansa said earlier last week it would only consider taking over Alitalia if "major" restructuring including job and route cuts were made.
Lufthansa CEO Carsten Spohr sent a letter to Italian Industry Minister Carlo Calenda telling him that the German airline would only be willing to acquire Alitalia after major restructuring.
"While recognising the valuable measures that have been undertaken to date... we strongly believe that there remains a considerable amount of work to be achieved before Lufthansa would be in the position to enter comprehensively into the next phase of the process," Spohr said in the letter.
Under Lufthansa control the company would be smaller in terms of both staff and fleet, it said.
Alitalia was put into extraordinary administration last year after workers voted against a restructuring plan.
Calenda has said the government is considering three offers for the former flag carrier.
Last Thursday the European Commission said it was eyeing a 600 million bridge loan the Italian government gave Alitalia in April 2017, later boosted by 300 million more, after complaints from major rivals that it broke market regulations against state aid.
Brussels is reportedly in contact with Italian authorities over the 900-euro loan.
The EC is awaiting notification from the Italian government so it can start assessing the case, they said.