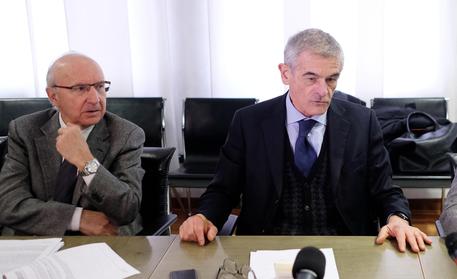 (ANSA) - Turin, December 27 - Piedmont may soon start talks with Rome on getting greater autonomy, Governor Sergio Chiamparino told an end-of-year press conference Wednesday.
It would thus become the third northern region, after Lombardy and Veneto which held pro-autonomy referenda earlier this year, to seek greater autonomy from Rome. Chiamparino said, however, that he would not seek a referendum, unlike Lombardy Governor Roberto Maroni and Veneto Governor Luca Zaia. "I continue to refuse the referendum logic à la Maroni-Zaia, because they have a political profile that is not ours," he said. Maroni and Zaia both belong to the anti-immigrant, anti-euro League, while Chiamparino is a member of the ruling centre-left Democratic Party (PD). He said "it's different to try to see if, once budget stability is reached, there are powers that can be transferred from the State to the Regions". He said "they are long processes, but I believe that at this point Piedmont too has the necessary conditions to sit down at the negotiating table".