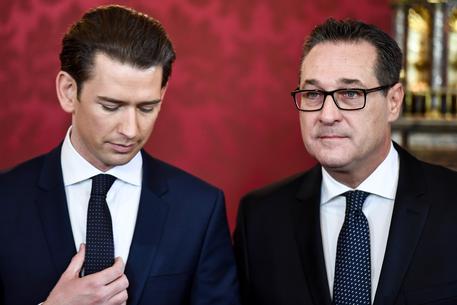 (ANSA) - Bolzano, December 18 - People in the autonomous Italian region of Trentino-Alto Adige will be able to apply to have Austrian passports next year, according to the far-right Freedom Party (FPO), a coalition partner in the new government. "The people of South Tyrol will be able to apply for Austrian citizenship from 2018, at the start of 2019 at the latest," said lawmaker Werner Neubaur, FPO's chief of relations with Trentino-Alto Adige.
He said the request can be made from people who declare themselves to be ethnic Germans. It will be valid for their children too and free, he said.
He added that, in future, it will be possible for athletes from Trentino-Alto Adige to represent Austria.
Italy has rejected the idea mooted by the new Austrian government of Chancellor Sebastian Kurz to grant Austrian passports to people living in Trentino Alto Adige who speak German or Ladin. "Even if done with the velvet glove of Europeanism, Kurz's proposal has the mark of an ethno-nationalist iron fist," Foreign Undersecretary Benedetto Della Vedova said on his Facebook page. "To clear citizenship on an ethnic basis would have very serious effects in a multicultural and open Europe".