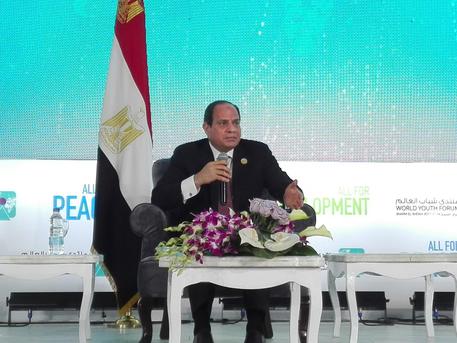 (ANSA) - Rome, November 9 - Egyptian President Abdel Fatah el-Sisi said on Thursday he wants to "find those guilty" for the death of Cambridge University researcher Giulio Regeni, 28, an Italian who was tortured and murdered in Cairo early last year.
El-Sisi said he believes the murder was an attempt to frustrate Italian investment in Egypt.
"We are working in a very transparent way with the Italian authorities," he said.
El-Sisi said Italian-Egyptian relations are among the best, despite the fact that they were hit hard by the Regeni case.
Egypt has previously given several explanations for Regeni's death including a car accident, a gay lovers' tiff turned ugly and murder by an alleged kidnapping gang, later wiped out by police - all of them rejected by Italy.