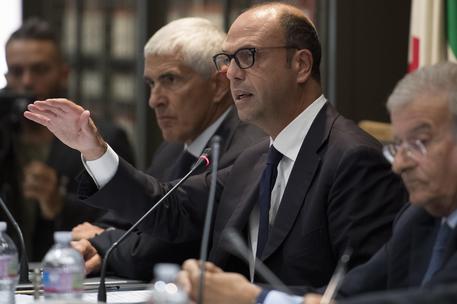 (ANSA) - Cairo, September 5 - Egyptian foreign ministry spokesperson Ahmed Abu Zeid said Tuesday that the return of an Italian ambassador to Cairo and of Egyptian diplomatic representation in Rome was an important step forward in relations between the countries, the Al-Dostor website reported.
The site quoted Abu Zeid as saying the return of normal diplomatic relations between Egypt and Italy will revamp relations between the countries. Last month Italy decided to send ambassador Giampaolo Cantini to Cairo, citing progress in cooperation in the investigation of the 2016 torture and murder of Giulio Regeni, an Italian post-graduate student, in Egypt. Cantini will take up the position September 14. He was appointed to replace Maurizio Massari, the ambassador who was the first to see Regeni's disfigured body, but had not taken up his position due to frustration in Rome about the lack of cooperation from the Egyptian authorities.