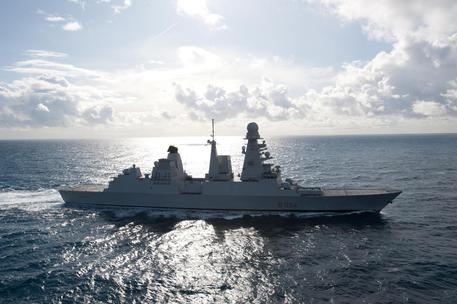 (ANSA) - Rome, August 2 - The Lower House and Senate on Wednesday approved resolutions to back the government's naval mission to support the Libyan coast guard.
Premier Paolo Gentiloni announced last week that Italy was considering a request from Libya for help in combatting human traffickers after meeting Libyan Premier Fayez al-Sarraj in Rome. Most of the over 95,000 migrants to have landed in Italy so far this year started their journey across the Mediterranean from Libya, which has been affected by chaos since a Paris-led campaign contributed to the fall of Muammar Gaddafi in 2011.
It is hoped that the mission with the Libyan coast guard can help stem this flow, which is causing massive strain on the Italian authorities. Gentiloni said Friday that the use of Italian vessels to support Libya would not entail "an enormous deployment of big feels and air squadrons".
The defence ministry on Wednesday said that the Italian ship the Comandante Borsini has "just entered Libyan territorial waters after receiving the necessary authorizations, heading towards the port of the city of Tripoli". The ship, which was previously engaged in the Mare Sicuro operation, will conduct "the necessary reconnaissance activities" to be able to decide on coordination for subsequent activities a statement said.