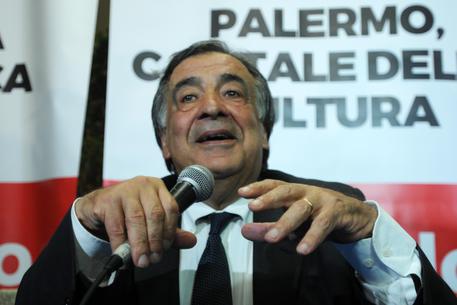 (ANSA) - Rome, June 12 - The anti-establishment 5-Star Movement (M5S) flopped in local polls across Italy Sunday as the old centre-left and centre-right blocs returned to the fore in the major cities where races were held.
The centre left won Palermo with Leoluca Orlando while the centre right was ahead in a long-time leftwing fief, Genoa, as well as in Taranto and Verona ahead of the second round in two weeks's time.
In L'Aquila, the Abruzzo capital, the centre left was ahead while in the Calabrian capital of Catanzaro the centre right was in the lead.
In Parma the ex-M5S mayor, Federico Pizzarotti, looked in a strong position to be returned over the centre left with his old party polling very low.
In Palermo Orlando of the ruling centre-left Democratic Party (PD) won his sixth straight term as first citizen of the Sicilian capital with 46% of the vote, benefiting from a winner's bar of 40% in Sicily, compared to 50% in the rest of the country.
PD secretariat coordinator Lorenzo Guerini said "the PD held, we are satisfied" while acknowledging that a successful local alliance with ex-PD group the MDP will be harder to replicate at a national level.
Rightwing populist Northern League (LN) leader Matteo Salvini said the results showed that a centre-right alliance with ex-premier Silvio Berlusconi's Forza Italia (FI) was "possible, but only if the LN leads it".
Salvini said that for the next general election "we will do our utmost to forge a coalition that is as compact as possible" with FI. The anti-immigrant, anti-euro LN is vying with FI as top party on the centre right and Salvini is vying with Berlusconi to lead the coalition.
Berlusconi said that the centre right's good showing showed that unity was needed. "The centre right can win when it is united, when it manages to push forward the arguments of an alliance based on concrete programmes and when it chooses credible candidates, who in most cases come from civil society and not the political profession," Berlusconi said. He added that the M5S's poor showing did not show Italy was returning to its traditional left-right two-bloc system. "In most cities the mayor candidates who reached the run-offs had results of under 40% (of the voter share)," the media billionaire said. "This means that the electorate continues to be fragmented and it does not give you the right to say that the two-bloc system is back, as some commentators have hastily done".
M5S leader Beppe Grillo denied it had flopped, saying its opponents were "deluding themselves". "The M5S was the most present political force in this electoral round. The other parties camouflaged themselves, above all the PD (Democratic Party) which presented itself in around half the constituencies the M5S did," he said. "The results are a sign of slow but inexorable growth", Grillo said.
PD leader and ex-premier Matteo Renzi retorted that the PD had had "good results" and wished elected mayors and second-round runners "all the best", but said that he had decided to visit the quake-hit Lazio villages of Amatrice and Accumoli instead of conducting an electoral post-mortem. Renzi's trip, along with Lazio Governor Nixola Zingaretti, was a surprise.
Some nine million Italians went to the polls Sunday in over 1,000 municipalities.
The turnout was low at just over 60%, sharply down on the last such elections.