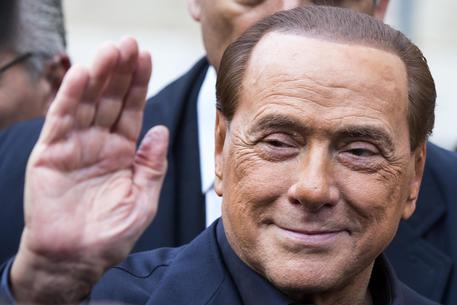 (ANSA) - Naples, Naples 20 - A case in which ex-premier Silvio Berlusconi was convicted of bribing Senators to switch sides has timed out under Italy's statute of limitations, a Naples court said Thursday. In the first-instance trial Berlusconi was sentenced to three years, as was his former associate Valter Lavitola. During the first trial a former Senator who claims he was bribed by Berlusconi to switch sides testified that the former premier failed to agree on an "exit strategy" with him once Naples prosecutors were about to uncover their alleged deal and fled "like Schettino", referring to the disgraced former Costa Concordia captain convicted of multiple manslaughter. "He ran away just like (Francesco) Schettino fled from his ship," during the January 2012 wreck of the Concordia cruise liner, former Senator Sergio De Gregorio said at a the so-called 'Senator-buying' trial in Naples where Berlusconi was a defendant.
De Gregorio says the three-time premier and he had adopted a strategy of "urban warfare" against Romano Prodi's shaky center-left 2006-08 coalition government and testified that he had agreed to "gradually" switch sides and involve other lawmakers in exchange for three million euros.
He said one million euros went to fund his movement "Italiani nel mondo", Italians in the world, and the other two million were paid to him cash by the former editor of the Avanti! newspaper, Lavitola, who was also on trial in Naples.
He added that when payments were late he disobeyed orders by Berlusconi's centre-right Forza Italia party to vote against the government "to send out a signal" and that Lavitola would "run off to solve the problem and came back with the money".
Lavitola was originally convicted of acting as a go-between in the case of De Gregorio.
Prosecutors alleged that Lavitola tried to bribe other Senators who have not been identified.
Former premier and ex-European Commission president Prodi testified that he had no idea that Senators were allegedly bribed to topple his government in 2008.