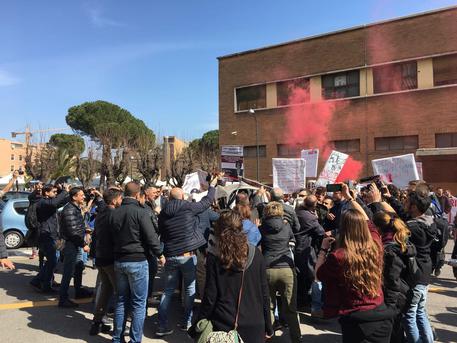 (ANSA) - Rome, March 14 - Protesters clashed with police on Tuesday as Education Minister Valeria Fedeli attended a conference at Rome's La Sapienza University. Students let off flares and held up banners saying that people who had "destroyed" the university sector should not be allowed entry. Former education minister Maria Stella Gelmini was also set to attend the event.
The protestors then tried to force a police cordon to enter the faculty where a conference in education reform was being held and scuffles ensued. Protestors also threw eggs and paint at police and were blocked again when they tried to enter the building via another entrance. Meanwhile, a handful of students inside interrupted the conference.
Fedeli responded to a heckler, saying "you come to university to study, not to attack (people)". Police said they had identified around 40 people who took part in the trouble.
She said "I have always been open to debate...and it's not with acts of violence that you're going to advance proposals for university reform".