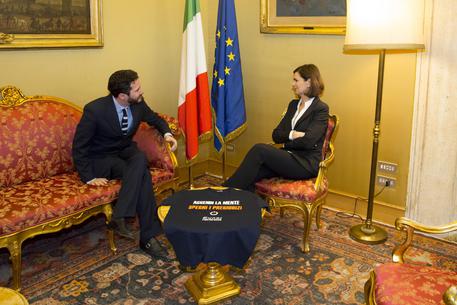 (ANSA) - Rome, February 20 - On Monday there were calls for UNAR, an Italian government office tasked with fighting racism and discrimination, to be closed after a television report that seemed to show it gave funding to a gay association running a sex club.
The report by Mediaset show Le Iene screened footage that suggested the association offered members a 'dark room' for sex.
It also showed clips of masseurs offering to perform sexual acts for money.
The report said the association got around 50,000 euros in funding from UNAR.
It also said it had documents suggesting that UNAR Director Francesco Spano had been a member of the association, although Spano denied this.
"It is necessary to have clarification from the government on the public money allocated by UNAR," the anti-establishment 5-Star Movement (M5S) said in a statement, adding that one of its lawmakers would present a parliamentary question on the case. "What emerges is a disturbing scenario".
Giorgia Meloni, the head of the small right-wing Brothers of Italy (FdI) party, called on Spano to quit and said UNAR should be closed "today". Members of the right-wing Northern League and of Silvio Berlusconi's centre-right Forza Italia (FI) also called for the office to be shut down. UNAR Communications Chief Fernando Fracassi, meanwhile, said Monday that he and his family had been inundated with threats via Facebook and telephone after the Iene report. "I'd just like to say to those people who are filling my page with gratuitous insults and making anonymous phone calls to attack me in a violent way just because I work for UNAR that, unfortunately, you do not know how much dedication we perform our work with, from the director right down to the person who answers the Freefone," Fracassi said.
"You don't know the office and you are basing your judgements exclusively on a report that distorts reality...
"We do not finance associations, but only projects that have an exclusively social value and can contribute to fighting discrimination". Photo: UNAR Director Francesco Spano meets Lower House Speaker Laura Boldrini.