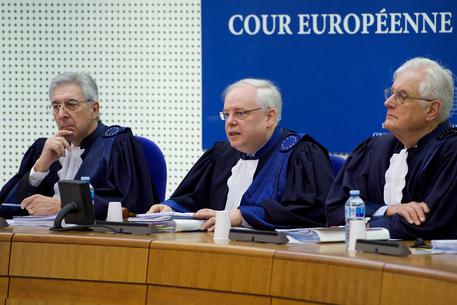 (ANSA) - Strasbourg, January 24 - The European Court of Human Rights said in a ruling Tuesday that Italy had not breached the rights of a couple after taking away a child born to a surrogate mother in Russia with whom they had no biological ties. The child was taken away from the couple after they returned from Russia following DNA testing showed that neither the man or the woman were its biological parent, even though a Russian birth certificate put them as parents.
Tuesday's ruling overrides a previous decision made by the Strasbourg court in January 2015. "The Court considered that the contested measures had pursued the legitimate aims of preventing disorder and protecting the rights and freedoms of others," the ECHR said. "On this last point, it regarded as legitimate the Italian authorities' wish to reaffirm the State's exclusive competence to recognise a legal parent-child relationship - and this solely in the case of a biological tie or lawful adoption - with a view to protecting children".
The child has been adopted by another family.