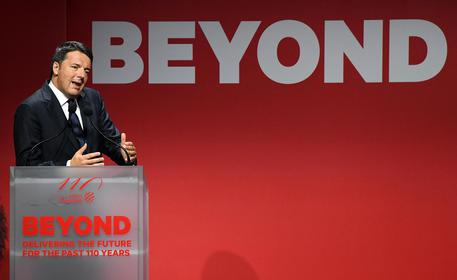 (ANSA) - Milan, September 27 - Premier Matteo Renzi on Tuesday revived the idea of building a bridge across the Strait of Messina to connect Sicily with mainland Italy. Renzi said the bridge would "take Calabria out of isolation and make Sicily nearer" at a meeting celebrating the 110th anniversary of civil engineering giant Salini Impregilo.
He added that the bridge could create "100,000 jobs". The caucus leader of the centre-right Area Popolare (AP) party, Maurizio Lupi, on Tuesday said he would ask House whips on Thursday to table a debate on AP's bill on the Messina Bridge project within the next three months. He voiced satisfaction at the fact that Premier Matteo Renzi "has said Yes to our proposal to revive" the project.
"A bill is needed saying that the Bridge will be built," he said. AP, which mainly consists of the New Centre Right (NCD), is a junior partner in Renzi's centre-left-centre-right government. The Messina Bridge was first proposed by former premier Silvio Berlusconi.