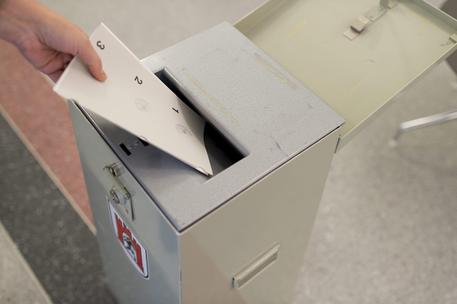 (ANSA) - Rome, September 26 - Switzerland's Italian-speaking canton Ticino has voted in favor of limiting the access of cross-border workers.
A referendum held Sunday in the canton that borders northern Italy, which was promoted by the ultra-conservative Swiss People's Party, obtained 58% of the vote against 39.7%.
The referendum presented voters with the choice of whether to favor local workers over foreign ones "with the same professional qualifications" Although referendums in Switzerland are meant to be binding, the vote could be merely symbolic as the cantonal government could lack the powers to implement such a policy.
Italian Foreign Minister Paolo Gentiloni on Monday tweeted that the vote doesn't have a "practical impact" for now, but without the free circulation of people the relationship between Switzerland and the EU is "at risk".
With a population of 350,000, Ticino has over 62,000 foreigners crossing the border daily to work locally - roughly one-quarter of all workers in the tiny canton.
Overall, some 298,000 foreign-based employees commuted to Switzerland for work in the second quarter of 2015, up 3.4% on the same period last year, according to data by the Swiss federal statistics bureau quoted by local media. A Swiss referendum in 2014 voted to set a limit on the number of foreign workers although the government has until 2017 to put it into law.
European Commission Spokesman Margaritis Schinas said Monday that the yes vote in Sunday's referendum in Ticino did not help negotiations on tackling the consequences of 2014 national referendum. "(The result) won't make the negotiations easier," Schinas said. "(EC) President Jean-Claude Juncker has on many occasions clarified that the four fundamental freedoms of the single market are inseparable. "In the context of Switzerland, that means that free movement of workers is fundamental". Schinas pointed out that, to be implemented, the Ticino referendum "must be approved by the federal government".