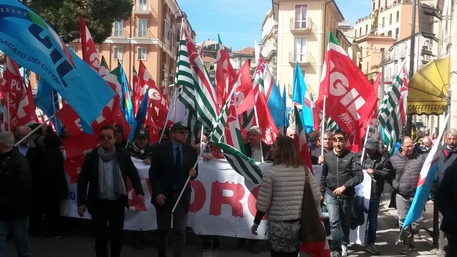 (ANSA) - Rome, September 6 - The government will allocate 235 million euros in welfare measures for 30,000 laid-off workers, union sources said Tuesday after a meeting at the labor ministry. The measure - which includes an extra 12 months of unemployment insurance and 500 euros a month for those without any benefits at all - covers laid-off workers in so-called crisis areas in and around the cities of Ascoli Piceno, Gela, Livorno, Piombino, Taranto, Termini and Trieste as well as parts of the southern Molise region.
It includes 150 million for the 500-euro monthly subsidy and 85 million euros for the extended unemployment insurance, if the workers have been laid off from companies that intend to hire them back.
The measure will be inserted into a corrective decree to the Jobs Act labour reform law in the coming days, the sources said.