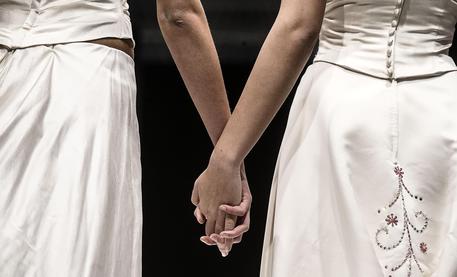 (ANSA) - Rome, July 21 - The Council of State on Thursday approved a government decree setting up civil union registries across the country to implement Italy's new civil unions law, which extends to gay couples some of the same rights and protections straight married couples currently enjoy. The decree says a wide range of public officials can perform the ceremony, bypassing possible "conscientious objections" from conservative or Catholic mayors who object to the recognition of gay couples, officials told reporters at a press conference. Pope Francis said in an interview published in France's La Croix in May this year that Catholics should have the right to conscientious objection on issues such as "euthanasia and marriage between people of the same sex".
"Once a law has been voted, the State must respect individual consciences," the pontiff said.
"In each juridical structure, conscientious objection must be present because it is a human right - including for a government official," noted the pontiff, adding that "the State must respect criticism" "This is true secularism," he concluded.
The civil unions bill became law on May 11, bringing Italy up to speed in western Europe where it had been the only country not to have either legalised gay marriage or recognised civil unions between same-sex couples.