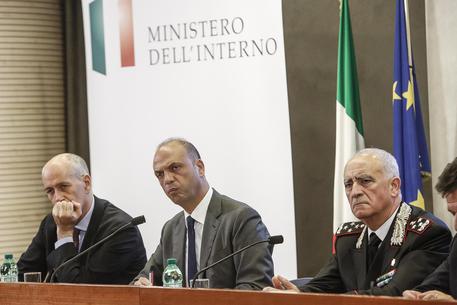 (ANSA) - Rome, July 18 - Interior Minister Angelino Alfano said Monday that an Italian law against torture should be revised by the Chamber of Representatives.
The Senate is expected to pass the law on Tuesday.
He said that changes were needed to "prevent any misunderstanding concerning the legitimate use of force by the police". Men and woman in uniform, he added, "are doing an excellent job, which must not be subject to curbs due to psychological anxiety or operating concerns in complex situations". The issue has been on the agenda since April last year, when the European Court of Human Rights (ECtHR) condemned Italy for police brutality in a July 2001 raid on anti-globalization protestors at the Genoa G8.
The court condemned Italy not only for what happened to the demonstrators during the infamous raid on the Diaz school, but also because it said the country lacks appropriate legislation to punish the crime of torture even though it ratified a UN convention on torture in 1989.
Premier Matteo Renzi's government has pledged to fill this vacuum.