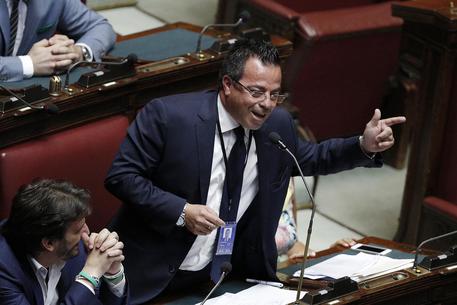 (ANSA) - Rome, June 6 - Northern League MEP and mayor of Borgosesia Gianluca Buonanno has been killed in a road accident aged 50.
The provocative politician died after the car he was travelling in hit a stationary vehicle near Varese in the northern Lombardy region on Sunday afternoon. Buonanno was elected to parliament with the anti-migrant and Euroskeptic Northern League in 2008 before being elected to the European Parliament in 2014. He made headlines on various occasions for making provocative statements or gestures such as brandishing a sea bass in the Lower House on April 1, 2014, in protest over the government's handling of the migrant crisis. He was suspended from parliament for 10 days as a result.