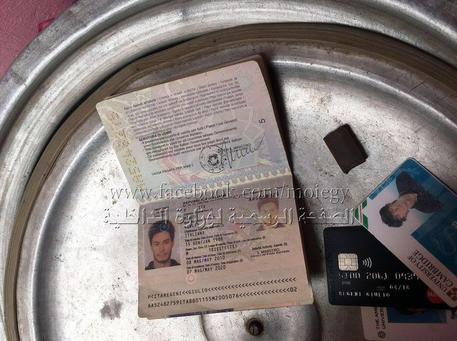 (supersedes previous)(ANSA) - Rome, March 25 - Italian investigators probing the torture and murder of Italian student Giulio Regeni in Cairo said Friday the case is far from closed. "The case is not at all closed," they said after the Egyptian interior ministry issued a statement saying it has recovered Regeni's passport and evidence that he was kidnapped by an Egyptian criminal gang, whose members were killed in a police shootout on Thursday. "There is no definitive element confirming they were responsible," the Italian investigators said, adding Egypt has yet to pass on crucial investigation data to Italy. They also pointed to inconsistencies in Egypt's latest version of what happened to Regeni. First, kidnappers would be unlikely to hold on to compromising evidence such as a victim's passport for months after the victim's death. Second, kidnappers would be unlikely to torture a victim over the course of a week - as Regeni was - if their only purpose was to obtain a ransom.
Third, it is not credible that an entire gang of alleged kidnappers was killed by police, thereby preventing any possibility of getting corroborating statements from any of them.
"We must continue digging and following our leads to find definitive evidence and eliminate doubt," Italian investigative sources said.
Their comments came after the Egyptian interior ministry said in a statement that Regeni's passport was found in the home of the sister of one of the alleged gang members, who was killed by security forces along with fellow suspects in a shootout with police on Thursday. The Cambridge doctoral researcher's severely burned and mutilated body was found in a ditch on the road to Alexandria on February 3, nine days after he disappeared on January 25, the heavily policed fifth anniversary of the uprising that ousted former strongman Hosni Mubarak. The alleged criminal gang would dress up as cops to kidnap foreigners, the ministry said. Police searched the home of the sister of the suspected ringleader, named as Rasha Saad Abdel Fatah, 34, because "investigations uncovered evidence he went to see her from time to time", the ministry said. She lives in the Nile Delta north of Cairo, it said. "Security forces have finished their investigation and apprised the Italian side of the results," the ministry said. "We thank the Italian side for its full cooperation...
(which) contributed to this result," Egyptian news agency MENA cited the ministry as saying on Thursday. Also on Thursday, Adjunct Interior Minister Abu Bakr Abdelkarim said "We cannot say whether or not (the gang) is responsible for Regeni's death - the case is still under investigation". On Friday, Senate foreign committee chair Pier Ferdinando Casini said the Egyptian statement left him "very perplexed".
"We are waiting to get more detailed information from Egyptian authorities," Casini said.